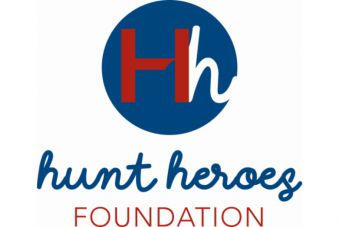 El Paso, TX – September 16, 2021 – Today, Hunt Heroes Foundation (HHF), the non-profit organization founded by Hunt Military Communities (HMC), announced five winners of their childrens’ contest in honor of the 20th anniversary of September 11th. Now recognized as National Patriot Day, September 11th is a day to remember those who lost their lives on this day in 2001.

Dubbed “What Does It Mean to be a Patriot?” the contest asked children ages four to fifteen, who reside on an HMC base, to submit a brief video or essay answering this question for a chance to win a $100 cash prize. All entries were well-thought-out and spoken from the heart, making the winners difficult to choose.

“We received so many compelling entries. The children were all very passionate about defining the meaning of a patriot,” stated Lynette Hegeman, HHF President. “All the contestants had amazing submissions and it was a challenge to award only five winners.”

After reviewing all entries, the HHF board voted on their favorite essays and videos. The votes revealed the following winners: Gavin Dizon, from Fort Lee, Virginia, Myra Young, from Hanscom AFB, Massachusetts, Avery Goode, from Shaw AFB, South Carolina, and Asia Reed, and Jonah Walker from Fort Sam, Texas.

The $100 prizes will be sent out to all winners with a special letter recognizing their efforts and a Hunt Little Hero Challenge Coin.

“We are pleased to support these military children with the $100 prize, whether they put it towards a college fund, new school clothes, or in their piggy bank,” said Brian Stann, CEO of Hunt Military Communities and Chairman of the Board of the Hunt Heroes Foundation. “We look forward to continuing this contest annually and can’t wait to see the entries again next year.”

Formed in 2018, the Hunt Heroes Foundation proudly serves military families, partners, and communities through opportunities and ideas generated by our people and partnerships. Together, the HHF will discover new ways to ensure we help bring a positive change to the communities in which we live and work.

Hunt Military Communities, the largest military housing owner, offers unsurpassed quality and service to more than 165,000 residents in approximately 52,000 homes on Navy, Air Force, Marine Corps, and Army installations across the USA. We do this through our core values: safety, kindness, efficiency, enthusiasm and selflessness and our 5-Star Service commitment.  With a 50-year legacy and a partnership with the Department of Defense, HMC strives to ensure the integrity of our military communities and the families who live there.  For more information, visit www.huntmilitarycommunities.com.

As a Hunt employee, you will be helping our organization build value—and as your employer, we'll be committed to helping you build value, both personally and professionally. If you are talented, energetic, and customer-service oriented let's chat!